In January of this year Joaquin Bras and his Venezuela-born partners Jon Urizar and Liliana Gago teamed up with Philip Coleman, vice president of Moises Bakery, to open a new panaderia called Moises Bakery La Chispa Venezolana — or spark of Venezuela — in Hallandale Beach.

Bras is from Braga in Northern Portugal but came to Venezuela at 14 with his parents, who ran bakeries. He came to Miami in 1989 and two years later bought Moises located in North Miami Beach from a French Jewish baker named Moises and kept the name (and his loyal customers). His wife, Jacqueline, runs their Portuguese restaurant, Lisboa Grill on Key Biscayne.

Both sites offer an array of Portuguese Easter specialties and Venezuelan treats such as cachapas (sweet corn pancakes) stuffed with queso mano, a soft white cheese similar to mozzarella, andarepas (corn cakes) slit and stuffed with cheese; chicken salad with avocado; and perico or “parrot’s beak,” a mixture of scrambled eggs with red and green peppers, tomato and onion.

The word Easter comes from Eastre, the pagan goddess of spring, and the Easter bunny is associated with creation and fertility. Eggs symbolize the beginning of life, renovation and the resurrection. To celebrate, Portuguese baked goods and hollow chocolate eggs filled with chocolates will be available all this coming week at Moises. Included will be folar de pascal, a sweet ring-shaped brioche-like Easter bread with a sugar glaze embedded with colored hard boiled eggs (some dipped in chocolate).

There will also be cookies made from almond flour with raspberry jam; braided loaves of challah-like carcasca bread; golfeados (cinnamon buns with sugar and grated cheese on top); and spinach and ricotta empanadas. The empanada was inspired by samosas (triangular pastries with various fillings) that the Portuguese discovered in Goa, their colony on the west coast of India (the name comes from the verb empanar, meaning to wrap in dough).

Since many customers are Argentine, there’s also chaja with layers of spongy vanilla cake, caramel, peaches and whipped cream covered in crumbled merengue. On Easter Sunday, whole roast leg of lamb will be served in portions with rosemary potatoes to celebrate the most important feast in the Portuguese liturgical year, one that feeds both body and spirit. 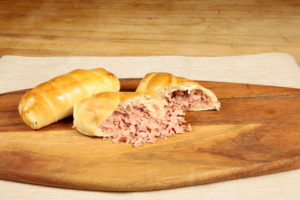 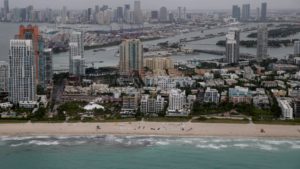 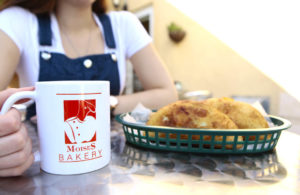